When is it safe to be smart?

When can gifted children admit to their abilities - without fear of social consequences or criticism? 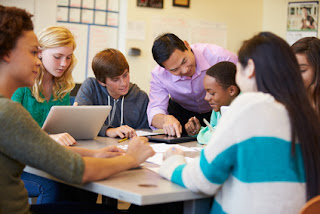 Most gifted children face an uphill battle. So do their families, well-meaning teachers, and those who advocate for gifted education. They are confronted with widespread misconceptions about their needs and differences, along with outright denial that giftedness is a valid concept. Giftedness is both revered and mocked in our society, and gifted education is a low priority in most schools - if it is offered at all. And of course, this widens the "excellence gap" and the urgent need of addressing underserved gifted students' educational needs.
Acutely aware of the current social and political climate, gifted children may respond with confusion, anger, existential angst. or shame about their differences. The increase in anti-intellectualism and anti-science beliefs during the current Pandemic, where intelligence is sometimes viewed with suspicion and derision, adds to their personal struggles. They see that some US citizens respond to reassuring platitudes when faced with uncertainty, rather than an openness to rigorous scientific data-gathering and statistical analysis. They learn how highly respected scientists and epidemiologists, such as Anthony Fauci, are subject to criticism and slander (and even death threats). They see how some equate strength with stubborn resolve, adherence to ideology, or commitment to personal beliefs and identity, even in the face of contradictory evidence. This does not make sense to them, and many feel despair over divergent viewpoints and the conflicts that have arisen.
Parents of gifted children also struggle with uncertainty over how to share their joys or concerns.  They hear mixed messages, where some families claim that they wish their children were gifted, but then criticize and downplay the concept. Parents are chastised for even suggesting that their child might be gifted, subjected to accusations that they hothoused or prepped their child, or lectured that "all children are gifted." Giftedness is falsely labeled as an elitist construct, or equated with high achievement, effort, or a growth mindset. Some even claim that they will not allow their child to be gifted - as if giftedness is a choice.

How does this affect gifted children?

A recent opinion piece, claiming that giftedness is an affliction rife with multiple drawbacks, typifies negative stereotypes about gifted people. In "Why Highly Intelligent People are Miserable," the author describes his personal, social, and mental health struggles, along with a nod to some commentary supporting his claims. He cherry-picks what he has read and blames intelligence for his problems, implying that this is generalizable to all gifted people. In fact, even though the struggles, stereotyping, and sometimes outright bullying that gifted children face can take their toll and amplify other underlying issues, most times, social/emotional problems are not caused by, nor can they be solely attributed to giftedness.

Why is this a problem?


Unfortunately, the author's claims are consistent with media bias, commentary, and anecdotal accounts portraying giftedness or gifted education as problematic. Examples of this include Jo Boaler's criticism of the gifted label and the impact of gifted education programs; an Education Week article by Stephen Sawchuk, criticized by NAGC president Jonathan Plucker as an "anti-excellence dog whistle;" or a misleading interpretation of a study of valedictorians' successes. These commentaries - whether based on an individual's unique experiences, or an opinion article circulated through the media - are misleading, problematic, and potentially damaging. Here's why:


1. Gifted people are frequently misunderstood and ridiculed in media and film. Stereotypes persist among the general public, where the gifted are chastised as outliers. Gifted adults are mocked and stereotyped in film, where goofy Sheldons and arrogant Sherlocks provide distorted examples of giftedness. Such images of the "mad genius" or nerdy social misfit are harmful. Personal essays that add to these misconceptions are damaging, and foster a world view where it is not safe to be smart.

2. Gifted children and teens may struggle to fit in and question why they are so different from same-age peers. When a personal essay "supports" negative self-perceptions, it adds to their pain and anguish. It also gives troubled gifted youth a target to blame or an excuse for their behavior. "I must be depressed because being gifted is hard." "Gifted education made me feel different from the other kids, and that's why I couldn't complete any of my school work."
In fact, research regarding the emotional stability of gifted individuals has been mixed, and some reports highlight their resilience. While giftedness may create an overlay that can amplify or exacerbate preexisting or emerging psychological problems, it is not necessarily the primary or sole cause. It is unfortunate that the author noted above has struggled so much. And it is likely that he meant no harm to others through his essay. However, if he had outlined the many stereotypes and roadblocks gifted people face as contributing factors to the "misery" they endure, emotional struggles might be viewed instead as a reaction to these barriers rather than innate problems associated with giftedness.

3. Marginalizing cognitive abilities as a negative trait supports a recent narrative where giftedness is dismissed as unnecessary and even irrelevant to success. It also emboldens those who are eager to dismantle gifted programs. For example, instead of improving early identification and offering gifted education to underidentified gifted minority students, some districts disband gifted programs altogether. Popular articles tap into a widespread fantasy that we all can be successful if we just try hard enough - talent not required. Assumptions that cognitive abilities are equal in every classroom or that dedicated practice can launch the next LeBron, Yo-Yo Ma or Einstein are destructive to the psyches of millions who hit a wall early in the process, and where failure is not a "gift" - it's just downright defeating. The successes or struggles of these outliers do not - should not - embolden generalizable claims.

Why are gifted people marginalized?


Why are gifted people so frequently the target of stereotypes and criticism? Why is there a seemingly endless stream of articles depicting the emotional turmoil or personal "failures" among well-known brilliant figures throughout history? Why are there assumptions that with just enough practice... or grit... or a growth mindset... that just about anyone can succeed?

Negative, critical views of giftedness appeal to our baser instincts - like articles that portray unhappy millionaires or celebrities with failed marriages. These stories reassure us that those stand-outs are no different from us mere mortals, and that we can succeed if we just try harder! Talent, ability, or intelligence should not count. It wouldn't be fair... especially in a society where exceptional beauty, athletic talent, and wealth seem out of reach for most of us. And while our society is just starting to acknowledge the disparities and discrimination faced by those who are not white, male, Christian, cisgender, physically healthy, and financially stable, some "differences" are fair game for discrimination or ridicule, such as "invisible disabilities," or weight and size differences... or giftedness. Along with the rise of anti-intellectual views, giftedness may seem a "safe" outlet for derision and criticism.

It is time to offer our high ability, gifted children a world where it is acceptable to express their differences. Where such abilities are neither glamorized nor mocked. Where being different is tolerated, appreciated, and accepted. Where gifted education is a right. Where it is safe to be smart.