One of the greatest barriers to gifted education

What is one of the greatest barriers to understanding, accepting and educating gifted children?

Gifted children and adults are the target of misconceptions, unrealistic expectations, and gross distortions about their basic nature. Stereotyping leads to sweeping generalizations and assumptions based on limited facts, and is fueled by suspicion, envy, and bitterness. Stereotyping also creates a false sense of certainty about what one knows as "truth" and understands as the "facts." 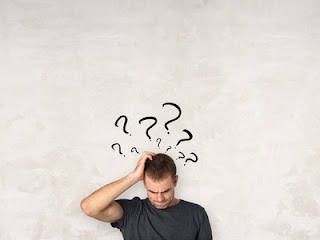 Here are a few common stereotypes and false beliefs about gifted people and gifted education:

Like any stereotype, those aimed at gifted people are borne of unfamiliarity, misunderstanding, and sometimes fear and envy. Gifted children are sometimes perceived as having received "too many intellectual gifts," so need to be "taken down a notch." They are mocked and bullied for their differences, high intellect, or academic success. Their opportunities at school are often limited in an attempt to compensate others without said "gifts."

The term "gifted" itself evokes longing and bitterness among some whose children are not identified. While most people recognize that giftedness is associated with unique and exceptional abilities that are not the norm, some even deny this by claiming that "every child is gifted." Some teachers and administrators who lack training in gifted education may subscribe to this belief, and assume that any child can achieve to the same extent as a gifted child if the same opportunities are provided.

When gifted students are successful, they are scrutinized for fallibility and imperfections. Higher expectations often are placed upon them, despite an absence of sufficient guidance. Those who excel are seen as magically achieving their goals without effort. If they fail to achieve stellar accomplishments, they are disparaged for either not achieving noteworthy markers of success, or somehow lacking "grit."

Some gifted children's social and emotional traits are misdiagnosed and mistaken for various problems, such as Aspergers, ADHD, or OCD. Learning disabilities are frequently overlooked, given widely held beliefs that learning difficulties are absent among gifted children. These twice exceptional children often struggle "twice as much" to acquire the academic services they need.

If stereotyping of the gifted remained only a personal set of beliefs, it would be bad enough. But unfortunately, stereotyping informs school policy and educational funding decisions. When all children are seen as gifted, or when the gifted are viewed as less deserving of educational resources, or when gifted education is perceived as elitist, gifted children suffer.

There is much work to be done. Parents, teachers, leaders in education need to challenge stereotypes and misconceptions and advocate for the needs of gifted students. The more accurate the information that is shared, the more we can help these frequently underserved children.
Posted by Gail Post, Ph.D.