How the media discredits successful students

Once again, an undercurrent of bitterness and envy toward high achieving students has surfaced in the media. 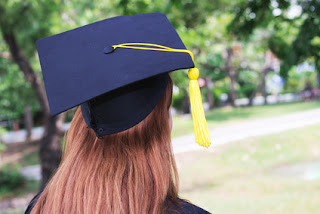 Several recent articles with splashy headlines depict high school valedictorians and salutatorians as the "losers" some already assume they are. Face it - many high school students (and their parents) view those students with a combination of awe, astonishment, envy and bitterness. They may question how these students became so successful, and scoff at their sacrifices. Unlike varsity athletes, top scholastic students are often seen as nerdy social misfits who cared way too much about school.

And just in time for high school graduations, several articles affirm the "loserishness" of these high achievers, each with catchy titles that grab our attention. The article, "This is why class valedictorians don't become millionaires" reminds us that these high achievers never snag the American dream. Another article, "Wondering what happened to your class valedictorian? Not much, research shows" reassures the rest of us that all that hard work was never really worth it.

But let's look at these claims. The articles are based on a recent book by Eric Barker, who cited a 1995 study from Karen Arnold, and uses her research to support his contention that valedictorians are not destined for true success. Arnold followed 81 high school valedictorians for 14 years after their graduation in 1981. She found that 95% had graduated from college with an average GPA of 3.6, and 60% had received a graduate degree. Almost 90% were in professional careers and 40% were in "the highest tier jobs." These individuals would be considered highly successful by most standards. Yet the media's provocative headlines proclaim otherwise - and raise the bar for success to an unreasonable height.


Before writing off these vals and sals, consider the following:

1. Arnold's study was published 22 years ago, using a relatively small sample from one geographic area. It may not be representative of what occurs in other schools in the U.S. or the world, and may not reflect current standards. High school graduates from the class of 2017 may have very different career aspirations than 1981 grads.


2. Study participants were followed until age 32. This is hardly an age cut-off for greatness. Although some "geniuses" show spark early on, in many careers, success takes time, and accumulating millions by age 32 (a criteria for success in the CNBC article) is unlikely. Let's not judge anyone's lifelong achievements by accomplishments at this relatively young age.


3. A somewhat higher proportion of Arnold's study participants were women. She found that many of the women started to doubt their abilities once they entered college (a common struggle for young women), and also chose more female-dominated careers. And at 32, many were focusing on building a family, diverting them from their work. Arnold noted that these women might further their careers at a later time.


4. These articles suggest that the hard-working student is not going to be the brilliant genius who makes great discoveries, starts new companies or showcases wildly creative innovations. Yet, the Bill Gates' and Steven Spielbergs of the world are rare. Most studies of success highlight the importance of conscientious, along with creativity, leadership, integrity and cooperation - traits you would expect to see among valedictorians and other high achieving individuals.


5. The highly successful people sporting a history of underachievement cited in these articles may have "rebelled" due to boredom and disillusionment with an educational system that ignores gifted students' needs. It is possible that their rebellion did not stem from reckless creativity, but rather from disgust with classes that seemed pointless. If they had been challenged and could have engaged in academics, their investment in school might have been quite different.


6. Even highly creative, fiercely independent people eventually learn to collaborate and compromise - whether in the lab, the boardroom or on a film set. Conformity is more difficult during the throes of adolescence, and maturity develops at a different pace for everyone. Some teens have an easier time during high school and feel supported by family, friends and school. They may be more willing to cooperate with established norms, and focus on learning and achievement. Yet articles such as those above portray these well-adjusted, successful students as inadequate - hard working rule-followers who lack spark. Their tangible and significant accomplishments as teens and as adults are disparaged.


Let's not fall prey to the media's routinely harsh and inaccurate portrayal of gifted or high achieving students. These are children, after all, and they deserve our support and consideration - not our bitterness and scorn. Some valedictorians may be hard working, perfectionistic achievers who sacrifice their social lives for their goals; others may be high ability students who play by some of the rules, but are not fully challenging themselves. You don't have to be a val or sal to be highly successful, and many underachieving gifted and creative students go on to discover greatness. But especially as graduations approach, let's stop disparaging those hard working students who exhibit the effort and endurance to achieve.