These are comments you probably will never hear:


"She is too athletic for her own good."

"Keep that beautiful singing voice to yourself - you don't want the other kids to feel jealous."

"Any child can become a talented gymnast - all it takes is practice and dedication."

"His mechanical skills are way too advanced for someone his age - he was probably overcoached by pushy parents."

But the following comments about intellectual abilities are overheard much too frequently:


"Smartypants. Absentminded professor. Book smart but lacking any street smarts. Gifted because she's a hot-housed rich kid. Too smart for his own good. And, of course, 'every child is gifted.'" 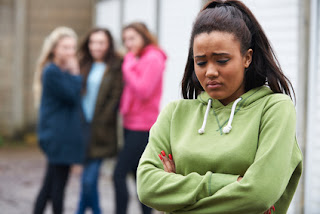 What is it about having intellectual smarts that is so threatening? Why is it so open to criticism? What contributes to this hostility and makes it unsafe, at times, to be gifted?

Most of us can get by without a great singing voice or gymnastic skills. But we want to be smart. And it can be hard to accept that some people are just more intellectually gifted than others. This might account for the popularity of Gladwell's 10,000 hour rule, misinterpreted by many to believe that with enough practice, we can achieve just about anything. In fact, while dedicated practice is essential to mastering any skill, talent and ability are necessary components as well. Few of us will become outstanding mathematicians, musicians, athletes, dancers, writers, or artists. We are fooling ourselves... and misleading our children to expect otherwise.

It is difficult to accept our limitations. As a result, some people attempt to "normalize" the exceptionality of others. "I can't believe that gifted children are really that much smarter than the other kids. After all, every child deserves a chance, and maybe the other kids will catch up if they all get the same instruction."  Whether these arguments stem from bitterness and envy, or from a heartfelt desire for equity and fairness, they are misguided and potentially harmful. They often lead to policies that not only neglect the needs of gifted children, but create unreasonable expectations for those children who lack the same intellectual abilities as their gifted peers. Cost-effective strategies, such as academic acceleration or ability grouping, are ignored in favor of attempts at differentiated instruction.

Intellectuals have been fair game during brutal regimes throughout history (with Pol Pot and Mao Tsu Tung as just two examples), and some present-day extremist groups perpetuate censorship of anything that is counter to politicized religious doctrine. Although nothing occurring in the U.S. can even compare to the enormity of these scourges, recent commentary has highlighted current trends toward anti-intellectualism and anti-knowledge. (Readers: please forgive any political undertone in the aforementioned links - they are still worth reading.) When the pursuit of knowledge, higher education, and intellectual curiosity are viewed with suspicion - even in a country that values free speech - children learn to hide their interests to fit in with an anti-intellectual culture. And although adults may be able to withstand others' contempt, children who openly pursue their academic interests and are bullied by peers suffer deep emotional wounds.

Media and film depictions of the gifted are often negative, providing support for anti-intellectual views. The Big Bang Theory, for example, portrays the male characters as socially inept and effeminate; the women as desperate or unappealing. The only "normal" female character is seen as street smart, but not especially intelligent. Other examples of highly intelligent characters, such as Sherlock, imply mental illness, Asperger's syndrome, or arrogance. In the media, in film, and in some segments of the population, intelligence, and the pursuit of knowledge are cause for humor, debate, or derision.

Ideally, "the adults in charge" will eventually accept that all of us are imperfect, that knowledge enhances rather than detracts, and that our differences are to be applauded rather than denied, envied or disparaged. Ultimately, we might hold more appreciation toward the unique talents we all possess. And gifted children and adults might no longer weather the projections of others' bitterness and insecurity.