The winding path of gifted education: An example

As parents, we witness the ups and downs our gifted children experience within the education system. It almost seems like a random gallery of mishaps and roadblocks, with some occasional bursts of brilliance. We know that advocacy and a good relationship with our children's teachers are critical in order to formulate creative solutions. But disappointments abound, and just like our kids, we are in for a bumpy ride. 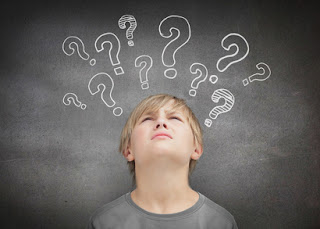 The following is one real-life example of the twists and turns, roadblocks, and surprising support that emerged during one gifted child's education:

The criticism
Sam (whose name has been changed to protect his identity) faced boredom and frustration during heterogeneously-grouped middle school classes. However, he found a refuge in Latin class, where the topic was more challenging. He grasped the information quickly and easily excelled. But he was repeatedly chastised by his teacher for raising his hand to answer questions too often and conveying an attitude that the material was easy, and was accused of arrogance, While not the most socially aware student, Sam had no intention of criticizing his classmates; he just was enthused and energized by the subject matter.

During his yearly GIEP meeting (and yes, Sam was fortunate enough to live in a state where GIEP's provide some legal safeguards for gifted education), Sam's gifted supervisor suggested that he subject accelerate in Latin at the start of high school. His parents had not considered this option, as Latin was not Sam's favorite subject; he was much more interested in math and science. But it sounded like a great idea, especially since Latin was a small class, and he would receive individualized instruction that would allow him to catch up to the other students. His parents were grateful and frankly, somewhat amazed that the gifted supervisor enabled this transition.

Sam blazed through Latin. He subject accelerated not only one year, but two, and by the end of 10th grade, had completed coursework for Latin 5, the highest level offered at the school. In addition, he received an almost perfect score on the Latin Subject SAT's, and a score of 5 on the Latin Vergil AP test.

Clearly talented and enthusiastic about Latin, Sam wanted to continue Latin studies the following school year. However, the school could not provide any accommodations. His Latin teacher offered to provide guidance for Independent Study; however, this was blocked because the public school administration did not want to set a "precedent" where a teacher offered more instruction/time/energy to an individual student than was in his contract. The head of the Language Department had two inappropriate suggestions: either Sam repeat Latin 5 (despite his mastery of the subject, and the above listed exceptional scores on the SAT and AP tests) or he could work on an Independent Study on his own, without receiving any course credit or notation on his transcripts. Essentially, the message/challenge implied that if he really liked Latin, he would study it on his own without any recognition of his efforts.

Sam's Latin teacher was furious - both for how Sam was treated by the school and the Language Department, but also because the teacher was curtailed in his desire to offer even a minimal amount of time to provide enrichment for Sam's education. So the gifted supervisor stepped in. Several Latin departments at local colleges were contacted, with an inquiry about whether they could provide further enrichment in Latin.

The kindness of strangers

Two local colleges offered to help. Sam (with the insistence of his Latin teacher, who was thrilled with the options) chose to take a 300-level college class offered by a nationally-known Latin scholar at a local ivy league university. Although Sam was able to attend a few of the in-person classes, most conflicted with his high school schedule. As a result, this kind professor offered individualized, online instruction. Sam did well and received a good grade in the class. Sam's parents found out much later that the professor offered his time free of charge. Neither his parents nor the school were asked for payment.

A bitter pill to swallow

Despite Sam's exceptional talent and clear enthusiasm for Latin, once his education was no longer offered through the public school, his abilities were ignored. At "Senior Awards Night," Sam's parents had to politely applaud while another student received the Latin award. In fact, Sam only received an award for his excellence in a creative arts field; he failed to receive any awards for academic excellence. He excelled beyond his classmates in several subject areas, had excellent SAT and AP scores, was ranked second in his class, was a National Merit Scholar, and quietly tutored some of his classmates (some of whom received the awards). However, since he was taking dual enrollment classes at a nearby college, he was overlooked for any recognition. When students subject accelerate, and when many of their classes are online or off-campus, they can become isolated from the school, and their successes or struggles are more easily ignored. Sam's parents knew that in the scheme of their son's academic career, these awards were arbitrary and meant little. Yet it was a challenge to sit by and applaud the awards decisions, knowing how the school blatantly disregarded their son's accomplishments.

Sam's gifted education in the public school system was replete with opportunities and disappointments. However, this example of creative thinking on the part of his gifted supervisor, and the kind professor who generously offered his time, was a high point. Furthermore, this professor provided a supplementary letter of recommendation for Sam's college applications. Sam was accepted to that particular ivy league university, along with numerous other colleges. He chose to attend a different ivy league university, and although he never majored in Latin, took several Latin classes. Sam gave the professor a small gift at the end of his ongoing education with him, His parents sent a note of extreme gratitude. But the gift of generosity on the part of this professor cannot be overstated.

Gifted education is often a patchwork of what is available in school and in the community, and what parents can offer from home. There are occasional moments of brilliance - where teachers "get it" and have the time to engage these students. Other times, there are disappointments where gifted students' needs are overlooked. Sam's situation typifies the uncertainties, roadblocks, unexpected surprises, and random luck that accompanies gifted education. Please feel free to share your own stories below.