Giftedness and the growth mindset: Lessons from music and sports

What can we learn about the growth mindset from music and sports? 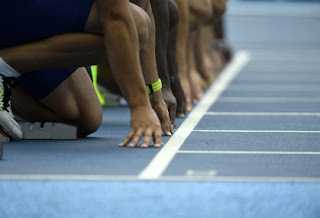 And how does this affect our understanding of giftedness?


The growth mindset concept, which attributes academic success to perseverance and effort, and assumes that we all can improve our intellectual abilities, has become a popular buzzword in education. There are certainly many benefits to encouraging persistence, drive and confidence in one's potential. The theory emphasizes the role of effort, process and perseverance, and reminds us that it is never a good idea to praise children for their innate talents. So, then, what is the problem?

The problems with mindsets

Like other popular concepts, such as grit and resilience, the growth mindset attracts followers who sometimes misunderstand, distort or exaggerate its original meaning. It has been oversimplified, used to categorize students into dichotomies (having either a fixed or growth mindset), and conceptualized as a character trait rather than a situation-specific approach to problem-solving. Carol Dweck, who launched the concept, has even gone so far as to coin the term "false growth mindset," in response to common misconceptions, such as confusing growth mindset with a positive outlook, or equating it only with praise for effort.


In addition, some research findings challenge its impact. In fact, a recent meta-analytic study pointed to its relative ineffectiveness. Attempts to replicate Dweck's original results have been unsuccessful. One commentator even asserted that the mindset "'revolution' is mostly a mirage"


Giftedness as a target

As growth mindset has gathered steam, gifted children have become a target. Despite a lack of sound research, there have been claims that the gifted label is harmful to children's sense of self. Awareness of one's giftedness is cited as cause for developing a fixed mindset; when a gifted child avoids taking academic risks, adherents of this model assume a fixed mindset is driving the child's need to preserve a gifted self-image. A recent study, however, found that gifted students, in fact, were not more likely to develop a fixed mindset.


As Dweck and others have noted, it is never a good idea to praise a child for being smart. However, gifted children already know they are different. Providing a clear, age-appropriate explanation that helps them understand giftedness, and does not treat them as special, is essential and validates what they know to be true. Yet, rather than addressing underachievement or fears that arise among some gifted students, some growth mindset advocates recommend that we keep these kids in the dark, eliminate the gifted label altogether, and try to hide the truth about their abilities from them. Let's just pretend they're not gifted and they'll never know!


Dweck has gone so far as to claim that what we view as talent or giftedness is merely the product of exceptional effort and drive, and that ability plays no role. In a commentary on talent, Dweck noted the following:

"They tell us that many well-known geniuses - Edison, Darwin, even Einstein - were ordinary bright children who became obsessed with something and because of that obsession ended up making enormous contributions...Mozart, whom we think of as composing in early childhood, did not produce original and noteworthy works until after more than ten years of non-stop composing..."


Of course, hard work, dedication, and drive are critical to success. But, it is quite a stretch to label Einstein or Mozart as ordinary, or to downplay Mozart's prodigious childhood talent because his greatest works were not composed at a very early age.


Lessons learned from music and sports

The public often responds quite differently to talented musicians, creative artists and athletes than to the intellectually gifted. Talent is recognized as an essential component in their success. Most now realize the false expectations that Gladwell's "10,000 hours of practice" have engendered. We can train all we want, but at some point, we hit the limits of our abilities and potential. Physiology, talent, and wiring play a significant role.


Every talented athlete, musician, dancer, performer, and other creative artist also knows that innate ability is just the start. It takes passion, endurance, and dedicated practice to achieve success. They recognize that perseverance and passion - the ingredients in growth mindset - are essential. An awareness of their talent does not instill a fixed mindset; it is a starting point and provides information about their capabilities and work yet to be accomplished. A realistic appraisal of their talents and limitations informs choices and fuels success.


How this applies to schools

Joshua Raymond has highlighted the flaws in how schools apply the growth/fixed mindset concept, and has suggested adopting a "flexible mindset," where both abilities and effort are acknowledged.

"What is needed is the flexible mindset, incorporating both differences in ability and growth through effort. The flexible mindset recognizes that students should know what their gifts and disabilities are and learn skills to expand their intellectual capacity."

This model is standard procedure in sports, music and the creative arts. Talent, ability and potential are identified and nurtured. Effort, practice, and training are the norm. There are no easy A's - at least if you want to play for an elite team, win a concerto competition, or perform with a respected dance company. Less talented students are still nurtured and trained, but are steered toward groups that best support their unique abilities, such as junior varsity, or the chorus.


Unfortunately, schools often ignore this basic, common sense approach. In "What if Michael Phelps trained in a kiddie pool," the absurdity of withholding opportunities from both talented athletes and gifted students is aptly described. In most school districts, heterogeneous classrooms based on age are still the norm. Students are led to believe that their abilities are equal, even though everyone knows who struggles and who is the smartest kid in the room - just like they can spot the best athlete and who cannot run a mile. Children who struggle in school are told they can achieve anything, even when they sense this is not quite true. Gifted children are expected to suppress their burning desire to learn - until that fire is almost extinguished.


Where does growth mindset fit in?

First, attaining a growth mindset has been suggested as a remedy for gifted students who seem mired in fear and rigidity. They are told they have a fixed mindset, view their abilities as stable, and need to appreciate that challenging themselves will spur growth and achievement. Although this advice is well-intended, simplistic labels will not work with gifted students. Older students will roll their eyes and once again feel misunderstood. Most gifted students view themselves as fairly complex individuals, and will reject the view that perceptions of self and of their motivation are "fixed." Even worse, some gifted students, especially those with perfectionistic tendencies, might assume they did something wrong and blame themselves. I don't even have the right mindset; I guess I am a failure.


Secondly, blaming gifted identification as cause for a fixed mindset and subsequent underachievement or fear of taking academic risks is misguided. A "fixed mindset" alone cannot explain the myriad reasons for gifted students' underachievement, apathy and self-doubt. The possible causes are far too complex to conform to such a one-dimensional concept. An array of factors - peer influences, sociocultural pressures, developmental issues, mental health concerns, family dynamics, and most importantly, an inadequate and lackluster education - are some of the many influences that contribute to these reactions. There should be no room in education - of all places - for the oversimplification and reductionistic view of complex factors associated with learning and human behavior.


Rather than denying their giftedness, or labeling them as having a fixed mindset, perhaps educators could use a more complex, comprehensive approach to understand the causes of underachievement, rigidity or fears when they occur. Combined input from the student, parents, teachers, guidance counselors, school psychologists, coaches, extra-curricular teachers, and all other knowledgeable persons, could provide insight into why the student is struggling. Devising a specific plan with measurable, meaningful goals that address specific fears and motivational roadblocks is a start. And, of course, schools would be expected to provide optimal instruction that facilitates each child's motivation, challenge and drive - before underachievement and apathy arise.


Let's take a lesson from music and sports, and recognize that both ability and perseverance are necessary for success. Let's encourage students to feel confident and strive to reach their potential, but also insist that schools offer a challenging education tailored to each child's unique learning needs.