Get your gifted boy through middle school

Middle school - that time warp most of us would like to forget!

But if you have a gifted middle school boy, it is critical to stay attuned to the pitfalls and challenges that might derail his adjustment and safe passage into adolescence. 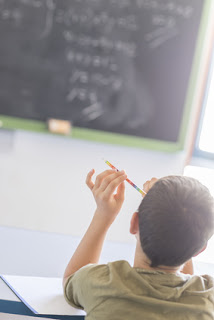 We know that many boys are not "built" for school - at least for those traditional classrooms where they are expected to sit still and be silent. They don't like school. They roughhouse, squirm in their seats, and want to play. They are typically less socially mature than girls and more likely to express negative emotions such as anger. They also are disciplined more often, are more frequently diagnosed with ADHD and learning disabilities, and are more likely to receive lower grades and drop out of school. Their organizational, verbal and attentional skills lag behind those of their female peers. While brain differences may account for some of these distinctions between the genders, it does not mean that their behaviors are abnormal or problematic - they just don't fit what is expected of them in most schools.

Gurian and Stevens have described how girls and boys learn differently. And while some teachers accommodate these differences, many also feel overwhelmed by "boy energy." Author Jessica Lahey described this dilemma in the classroom:


"While I love teaching boys, many of my colleagues do not, particularly during the hormone-soaked, energetic and distracted middle-and high-school years. Teachers and school administrators lament that boys are too fidgety, too hyperactive, too disruptive, derailing the educational process for everyone while sabotaging their own intellectual development.

Peek into most American classrooms and you will see desks in rows, teachers pleading with students to stay in their seats and refrain from talking to their neighbors. Marks for good behavior are rewarded to the students who are proficient at sitting still for long periods of time. Many boys do not have this skill."


Why is middle school so difficult?

Ideally, middle school should usher in a period of self-discovery, personal and academic growth, and identity formation, rather than a time that must be endured. But it is more typically a difficult phase for most students, who struggle with peer pressure, hormonal swings, and ambivalence about their newfound independence from family.

Most gifted middle school children face similar struggles, often compounded by gifted "traits," such as heightened sensitivity, introversion, a preoccupation with fairness and justice, overthinking, perfectionism, asynchronous development, and the emergence of existential depression. These may be coupled with a nagging sense of boredom and disconnection with school - both academically and socially. This perfect storm of personal, social and school-related distress can affect their identity, confidence, motivation, and how they will approach school in the future.


What happens for gifted boys in middle school?

Gifted boys often arrive at middle school with a mixed track record. Some boast a transcript filled with good grades (although this sometimes belies a history of coasting through school and never quite reaching their potential). Others sport a spotty record, marked by underachievement, inattention, boredom, and frustration. Some have endured social isolation or bullying because of their "differences." Still others may have felt relatively confident, but then struggle when confronted with middle school social pressure to "toughen up" and adapt to messages from a sexualized, hyper-masculinized culture.


What are some of the potential pitfalls gifted middle school boys face - and how can you help them?


Gifted girls certainly struggle with peer pressure related to cultural norms and expectations. But gifted boys also feel pressure to adapt to societal views of masculinity and sexuality. Those gifted boys who lack social agility, athletic talent, or strong leadership skills are especially at risk for social isolation, rejection from peers, or bullying. Asynchronous development can complicate matters, particularly when a child is chronologically younger than his age peers due to full-grade acceleration. Those with "nerdy" interests - robotics, chess, science, classical music, theater - can be targets for bullying, or at the very least, exclusion from most social circles.

While some boys feel confident enough to weather these challenges, many mask their abilities, hide their less-than-popular interests, and "dumb themselves down" to fit in. They downplay any appearance of intellectual curiosity, hide their successes from peers, or may actually perform well beneath their abilities to prove that they are just like everyone else.


Gifted children may be emotionally excitable and experience heightened sensitivity. Some gifted boys are highly sensitive to emotions, others' feelings, sensory input, conflicts, and injustices in the world around them. This sensitivity conflicts with society's template of the rough and tumble boy who can take his nicks and bruises.

The media, society and our culture are guilty of perpetuating these stereotypes. From an early age, boys are persuaded to emulate the strong, silent, rugged images portrayed in film, sports and video games. They learn that "real men" are risk-takers who challenge their bodies, are self-sufficient, never show fear, and don't back down from a fight. Warmth, kindness, creative and artistic expression,  and displays of emotion are unacceptable, and even viewed as effeminate. Mark Greene recently highlighted how empathetic and compassionate men are portrayed as "delicately aware" or "easily hurt." He pointed out that:


As a result of these pervasive messages, sensitive, gifted middle school boys not only learn to mask their intellectual abilities, but their sensitive, emotional nature as well. This "double life" as a tough guy, at a time when emotions, hormonal swings and identity formation are already in an upheaval, can create even more uncertainty and distress. Those who are unwilling or unable to hide their sensitivities resign themselves to potential ridicule and bullying. Sometimes introverted gifted boys are even mislabeled or misdiagnosed because of their social differences.


Gifted children can lose their passion for learning, scale back their efforts, coast through school or give up completely at any stage in their academic career. But they seem most at risk for underachievement during middle school. And a much higher percentage of gifted underachievers are boys. While there are many identified triggers and causes of underachievement among the gifted, middle school often provides the perfect storm, as gifted boys conform to peer pressure, become more observant and critical of their education, and respond to an accumulation of apathy and disrespect for a school system that has ignored their needs for years. Some gifted boys who have coasted through elementary school with little effort may become frustrated with the increased academic demands of middle school, or might be surprised to struggle with some assignments for the first time. If they never learned study skills, or previously confronted and rebounded from failure, any academic difficulty may be perceived as an affront to their identity, and some may retreat completely rather than risk trying and failing.


The middle school years hasten a burgeoning drive toward identity formation, often seen as a primary task of adolescence. While some young teens manage their new sense of self by readily adapting to social norms or identifying with pop idols, gifted children are often more discriminating (and some might say, cynical), and tend to question everything. They challenge their family's beliefs, the school culture, political and social norms, and even their own previous views. Many abandon their family's religious affiliations, and question life's meaning.

Along with this newfound independence and exploration of values, some gifted children become apathetic, disillusioned and plunge into an existential depression. James Webb has noted how gifted children's idealism and intellectual abilities predispose them to this awareness:


"The gifted become depressed particularly because their high intellect allows them to contemplate the cosmos and their very small place within it."

Gifted boys, in particular, may feel torn between an adherence to traditional male values and their sensitivity to the world around them. Any form of hypocrisy, unfairness, or deception is almost impossible for them to tolerate. When this occurs at school, they may feel despair, and lose all investment in participation.


Of course, parenting a middle school child can be stressful as well. Boys, in particular, tend to retreat, spend time in their rooms, and are reluctant to communicate about their thoughts and feelings. Boisterous, loving, expressive little boys turn into sullen young teens, and after the initial shock, parents are left to grieve this loss. But gifted boys - all boys - still need their parents' involvement, even when they are dismissive and try to push parents away. Keep a watchful eye, remain enthusiastic and involved, and provide your empathy and support when your son offers that rare opening for conversation. He doesn't want you to see his vulnerability, but will be grateful and feel comforted to know that you are always there for him. And get support for yourself when you need it. Family, friends, and even local gifted advocacy parent groups can be a great resource as you weather this challenging time along with your child.


The following are additional blog posts that target middle school and gifted students:

Caught in the middle: How to help gifted children survive the middle school years

When does therapy benefit gifted adolescents?


This blog is part of Hoagie's Gifted Education Blog Hop on Ages and Stages of Giftedness. To see more blogs in the hop, click  on:  http://www.hoagiesgifted.org/blog_hop_ages_and_stages_redux.htm