What would you select as your gifted child's "best" class in school? What would go into your decision? Would you base it on the teacher's skills, the quality of the classroom material, the level of innovation, or the amount of engagement among students? What would your child pick and what would influence the choice?

I have thought about this a lot over the years. Certainly my children have had their favorites, often based on several amazing teachers, the level of classroom engagement, or sometimes just due to the number of friends who were in the class. If I asked my kids, they might come up with a variety of choices, ranging from AP Calculus to phys. ed.  But if I could vote, I would choose a particularly innovative class one of them had in sixth grade. He might not agree, but as a parent and gifted advocate, the mere existence of this class in a district that shunned ability grouping was a monumental achievement. 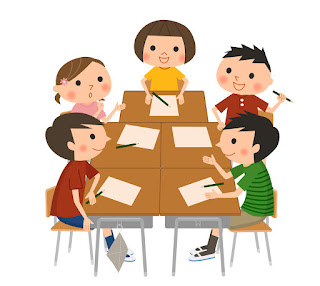 A group of about 25 students were selected from a student body of over 350 for an advanced Language Arts and Reading class. Most, if not all, were already identified as gifted; if not, they were clearly exceptional writers, avid readers, and deep thinkers. Students were selected by the GT and other language arts teachers; parents and the students themselves had little knowledge of the class ahead of time.

What ensued was a remarkable classroom experience where gifted students (finally!) were challenged. For the first time in six years, my son read books that corresponded with his abilities, and discussed them with a classroom full of peers.  He was no longer expected to quietly read on his own. He engaged in debates requiring higher-level thinking each day, and was given assignments that were more complex and demanding than anything he had received in the past. And most importantly, he didn't have to hide who he was - he shared the classroom with peers, so there were no expectations to keep his thoughts to himself, dull his enthusiasm for learning or dumb himself down to fit in.

The class itself was not exceptional on its own merit, but it was quite different from what the school typically offered. In fact, it was so unique that it was kept hidden from most other parents. In an era when ability grouped classes were falling out of favor, when administrators feared parents might complain that their child was excluded, it was a bold move to permit this class to even exist at all. Gifted advocates and parents quipped about the "super secret, double accelerated language arts program," hoping the success of this class would spark a renaissance of ability grouped options (but all the while counting the days until it might be disbanded).

Why should gifted children have to wait six years to participate in a challenging class that addresses their educational needs? And what about the rest of their day? As beneficial as it was, this language arts class was only one  subject, one class period a day. While he also, thankfully, had access to a "double accelerated" math class, taught by a brilliant teacher, the nature of the material did not permit the same degree of collaborative class participation. All other classes during the day were heterogeneously grouped. Social studies, science, health, and foreign language were designed to accommodate the needs of all children, i.e., set at a slower, more tedious pace.

When GT teachers are asked to compensate for an absence of challenging classes, when hardworking teachers are expected to differentiate instruction, an almost impossible task in most classrooms, when gifted children's needs are minimized, discounted, or discussed in hushed tones, due to fear of other parents' reactions, there will be casualties. Gifted children become bored, disenchanted, and disengaged, if they even make it to sixth grade without completely losing interest.

This particular innovative language arts class was disbanded a few years later. Despite its success, the concept of a "double accelerated" class created too much controversy, too much cognitive dissonance for the district to bear. Better to adhere to philosophical trends in education promoting heterogeneous grouping and differentiated instruction. Better to support the appearance of equity over the importance of meeting each child's unique educational needs. Better to eliminate a successful, cost-effective and minimally disruptive program (i.e., it was only one class out of an entire roster) than risk accusations of favoritism toward those gifted kids.

My son probably remembers little about the class now that he is older. I'm sure it was neither his favorite nor most memorable class. He was fortunate to have had some nurturing elementary school teachers. The double accelerated sixth grade math class also was challenging and meaningful. And a few stand-out high school honors and AP classes taught by some exceptional teachers provided a welcome relief from the desperate boredom of middle school. But this sixth grade language arts class seemed remarkable to me... a rare gem that briefly flourished and raised the bar, before it was extinguished.

Did you or your child have a class that made a difference?
Posted by Gail Post, Ph.D.