How to discipline your gifted child

Gifted children can present quite a challenge when it comes to discipline. Whether throwing a tantrum mid-aisle at the grocery store, or questioning your rules with legalistic flair, your gifted child is no stranger to intensity... or conflict... or pushing the limits. 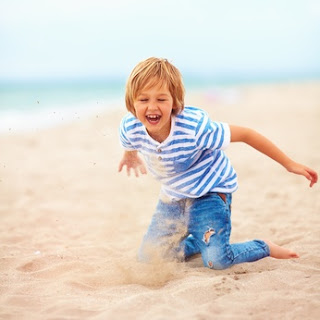 Parenting and disciplining a gifted child requires some different strategies than might be needed with other children. The following include some of the differences that just might apply to your child:


1. They will debate you

Be prepared for questions, debates, and endless dialogue about your rationale. This does not mean, of course, that you must debate every decision. Distinguish between reasonable requests for an explanation (why we can't get a puppy) and a manipulation to change your mind ("you let my sister stay up later three years ago, so I should be able to now"). Offer a clear, understandable reason and move on.


2. They expect fairness, logic, and honesty

All kids do... but gifted kids, in particular, will rebel if they believe they are deceived or if decisions seem illogical. You don't have to share personal information (dad and I are stressed about finances), but outright deception (taking her to the dentist when you told her you were going out to get ice cream) will build distrust.


3. Their immaturity will surprise you

Despite their astonishing intellect, gifted children can display a surprising level of immaturity at times. They may melt down at the most inopportune moment, embarrass you with their lack of social skills (often due to asynchronous development), and refuse to use that logic you know they possess. Their immature behavior is more noticeable because of how much it contrasts with their heightened intellectual abilities.


4. They may abandon logic, and respond with emotionality, sensitivity, and rigidity

Although logical to a fault, gifted children are often highly sensitive, and may respond to a variety of situations with intense emotional reactions. These can include emotional outbursts, oversensitivity, and rigidity (such as refusing to wear anything resembling the school color because they are angry about homework). Emotional reactivity is more common among toddlers and teens, although can be a factor for some children throughout their childhood.


5. They may lack motivation if they disagree with what is expected

If the task seems unfair, unnecessary, too difficult, too easy, poorly conceived, wasteful, or affronts their values, they will resist. It may be difficult to coax a gifted child to comply when he holds onto the belief that a task is just plain wrong. Under these circumstances, you need to determine whether to insist that we sometimes do things we don't like (such as attend a cousin's wedding), or explain the rationale and long-term benefits behind a given task (why he must "show his work" in math class, even though he calculates most of it now in his head).


6. Sometimes misbehavior is driven by internal conflicts related to giftedness

Some behaviors that create problems may be fueled by conflicts associated with giftedness. Perfectionistic children might procrastinate, have melt-downs, and refuse to complete a task until it meets their standards. Those who grasp information more quickly than their peers may seem bossy and intolerant of others' relatively slow pace. Gifted children who are highly sensitive might struggle with family norms, such as spending holiday time with extended family, and respond with tantrums or by acting out when they are older. Recognizing these conflicts will offer some understanding that your child is not purposely trying to be difficult, but merely responding to internal struggles that seem overwhelming.


What can parents do?


First of all, stick with the basics of child-raising and discipline


Avoid punishment by planning ahead

Preventing the need for punishment is ideal. Some children respond best to incentives, where they work to achieve a goal or reward for accomplishing a task. Examples might include an extra hour of screen time for a week of not fighting with siblings, or extra allowance for getting ready for school in the morning without an argument. Since these goals are planned in advance, they differ from bribes and can be reviewed and revised over time as your child progresses.

When life is going well, it is easy to forget that all children appreciate recognition when they are behaving well, complete their expected tasks, and demonstrate mature, considerate, or helpful behaviors. The expression, "catch them being good," still holds. The amount of praise or reward needs to fit the scope of the behavior. But even comments like, "hey, thanks for helping with the dishes," or "it was great to see you and your brother playing quietly at your grandparent's house" can have an impact. Excessive praise for the most minor task is unnecessary; just remember to let your child know how much you appreciate their kindness, cooperation, patience, and responsible behavior.


Work with their logic

Gifted children appreciate logic, even if they don't agree with the outcome. Enlist the strength of their logical thinking to help them understand the rationale behind decisions. Of course, this does not mean debating for hours; instead, point out your reasoning, let them respond, and then insist that they move on.


Use discipline that seems fair

Most gifted children will understand that a "time-out" or loss of a favorite toy is warranted in response to unacceptable behavior - even if they don't like it. If the punishment seems out of proportion to the transgression, though, they will resent it. Similarly, offer incentives and goals that will encourage your child to stop engaging in problem behaviors.


Include them in decision-making

As gifted children get older, you might consider including them in a conversation about what they think view as appropriate punishment for certain behaviors, along with meaningful incentives and goals. If you agree with your child's suggestions, you could incorporate them into a plan for handling the next transgression. This level of participation gives your child a sense of control and involvement in the process.

Rather than just using time-outs or removing a favorite object, you could require "community service" at home. The task might be as simple as expecting your child to clean the bathroom or rake the lawn. Sending your child to their room, for example, may not seem like much of a burden, whereas expecting some form of action to compensate for a transgression may have more of an impact.


Insist that they make amends

If the transgression involved destruction of property or hurting someone's feelings, insist that your child generate a plan for making amends. A quick, empty apology is not enough. Ask your child to come up with a more heartfelt expression of regret for their behavior in words or action, such as repairing the damaged item, saving up to purchase the toy that was broken, or expressing a verbal apology that is more than just "I'm sorry." As much as your child won't like any of this, it will appeal to their logic and sense of fairness.

Help predict and prevent situations that may lead to problems

Gifted children may become easily overstimulated... or become bored and act up to amuse themselves... or overthink and worry about a new situation, resulting in a balky refusal to participate. Help them with these difficult challenges through support, skills building, perspective-taking, and role-playing. Try to anticipate and steer clear of avoidable situations that create conflict. Develop a sense of when to push and when to let go of your own expectations. Of course, sometimes problems persist due to a range of difficulties - family crises, stressful life transitions, mental health problems, social stressors, etc. Under these circumstances, counseling with a licensed mental health professional can be helpful.


The best form of punishment is one that never needs to be used. Through a better understanding of what triggers your child's reactions, along with a fair and reasoned approach to limits and discipline, your gifted child will recognize that certain problem behaviors won't achieve what she wants. Over time, these behaviors should improve or abate, and life should get easier for all involved.

This blog is part of the GHF blog hop on "discipline and the gifted child."