When should your gifted child start kindergarten?

The monumental, tear-jerking transition from preschool to kindergarten seems (gulp) like as big a milestone for parents as it is for kids. Our babies are growing up! And we want them to thrive, embrace learning, and adapt to the social and maturational demands of this new chapter. How do we know when and if they are ready for kindergarten - especially if they are gifted? 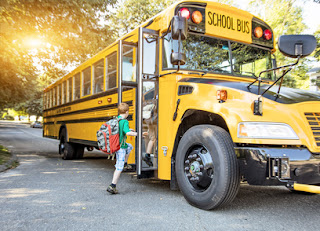 Most school districts have rigid, age-based cutoffs that dictate when children should start kindergarten. Some offer basic screening evaluations, where teachers briefly meet the children and assess basic information, such as whether they know their numbers and colors. Parents of gifted children often question whether this age-based cutoff is the best policy, though. Does it take into account their pace, depth and intensity of learning? What about asynchronous development and maturity?


As a result, parents of gifted children sometimes consider any and all of the following options:

Some parents advocate for their child to start kindergarten at an earlier age. This typically occurs when highly verbal, socially mature, gifted children are academically and developmentally advanced well beyond their age-based peers. They may be very early readers, advanced in math, more independent than most children their age, and already interact well with older peers.


Most research indicates that acceleration is beneficial for gifted students. Given the negative attitudes toward this practice found in many school districts, some parents resort to paying for private kindergarten to bypass the age-based cut-off, and then advocate for their child to skip first grade. Other times, they may need to request an IQ evaluation prior to kindergarten, and advocate for early entry. Either way, it is often a battle. The NAGC offers guidelines for districts on developing policies for early kindergarten entry.


Most gifted children who skip kindergarten or first grade adapt easily to this transition. They grasp material quickly, and many already are advanced compared with their peers in terms of reading and math skills. School districts sometimes refuse to endorse acceleration due to claims that it could negatively impact a child's later social adjustment.


Are concerns about later problematic social adjustment valid? Although most research debunks these concerns, each child is different, and some will struggle as they get older. Questions to consider include the following:

All of the above factors are difficult to predict. But if you have concerns based on your child's current developmental level and social maturity, you might delay grade acceleration - at least until a later point. This is an option that can be revisited when you have more information about your child's adaptation to school, social adjustment, and need for intellectual challenge. Grade or subject acceleration at a later time is much easier to address than managing the possible negative repercussions of a hasty decision to enter kindergarten at an early age.

The trend to "red-shirt" (a term borrowed from sports), where parents delay kindergarten entry, has taken hold in recent years. With the intention of offering children an academic advantage, red-shirting is typically initiated by upper-middle or upper income parents of white, male children, whose birthdays fall a few months shy of the district's age-based cutoff. One study found that parents who delayed their child's kindergarten entry had incomes that were 200% higher than the national poverty level, suggesting that this preference favored those who could afford the extra year of preschool.


Some parents initiate red-shirting to enhance their child's academic advantages, as research has shown that the oldest students in a given classroom tend to have higher test scores. However, most base this decision on more subjective developmental, social and readiness factors. Many red-shirt their sons, in particular, to give them an advantage in terms of height, emotional maturity, and time to adapt to the rigid structure of school - a place not geared toward the learning needs of energetic boys. A recent study found that children who turned five prior to starting kindergarten were more likely to receive an ADHD diagnosis than those who were six, suggesting a trend toward overdiagnosis and misdiagnosis among some active children who were too young to conform to the school's structure and expectations.


It might seem counterintuitive to red-shirt gifted children, given their need for intellectual stimulation and a challenging learning environment. Yet, some gifted children can benefit from red-shirting, particularly those who exhibit asynchronous development, are less mature than their age-based peers, are late-bloomers, or are twice-exceptional. Some just need the "gift of play" where they have an additional year of free play and creativity before they settle into the demands of school. If kindergarten entry is delayed to allow them an additional year to mature, there still may be options to  subject or grade accelerate at a later time.


If you are considering red-shirting your child, weigh all of the short-term and long-range factors. Visit the school's kindergarten and first grade and imagine your child's adaptation to the structure, social climate and demands. Solicit advice from your child's preschool teachers, pediatrician, or other knowledgeable adults. Seek an evaluation with a psychologist if necessary. How amenable is your child to sitting still and engaging in structured activities? Do your child's academic needs outweigh the social and emotional? Would your child feel bored or frustrated as one of the oldest in the class? While some conclude that there are few advantages to red-shirting over time, many children, and adults report satisfaction with the decision to delay kindergarten entry, and have no regrets. Find out what is permitted within your district; some have negative views about the practice, or do not even allow it.

In addition to traditional public schools, parents who choose to start their child on-time may pursue other options, especially if these are affordable. They might include any of the following:

The transition to kindergarten is a big step for both the child and family. Some parents have the financial resources to consider various educational options, or question whether to red-shirt or accelerate their gifted child. There are no clear or simple guidelines, and it can be daunting to balance a gifted child's need for intellectual stimulation with social and emotional fit. Seek out as much advice, information and guidance as possible, and recognize that most decisions can be changed at a later time. Consider your child's social/emotional needs and developmental maturity, and how these blend with programs available in the schools. Make a decision, and continue to monitor your child's progress. Your child's needs at age five may differ from those at age ten or 15, and further options (such as additional acceleration) can be considered at a later time. Whatever you choose, you will know that you made a well-informed decision, with the best of intentions for your child.

This blog is part of Hoagie's Gifted Blog Hop on Transitions. To see more blogs, click on this link.