Choose wisely: Some truths about elite colleges for gifted students

In a recent article, "Our dangerous obsession with Harvard, Stanford and other elite universities," Jeffrey Selingo highlights the frantic quest toward admission to these coveted institutions. We hear stories of beleaguered students (and their families), exhausted in their pursuit of these colleges. Perfectionistic, strategic and driven, they place their future hopes and dreams on the crapshoot that is an often less than 9% acceptance rate. 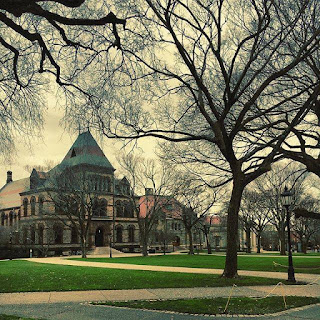 And we see the fallout of rejected students, distraught, devastated, fearing that their future opportunities are lost without that golden diploma. With so many excellent options available, banking on a handful of almost unattainable colleges is a set-up for disappointment. And with increasing numbers of applications, an emphasis on "holistic admissions," the favoritism granted to legacy applicants, and the seemingly randomness of selection criteria, a "reach" school becomes...well, out of reach.

We also know that the media's portrayal of this obsession distorts the truth; only a very small percentage of students apply to these schools, or actually even care about them. As Ben Casselman notes: "just 4 percent attend schools that accept 25 percent or less, and hardly any - well under 1 percent - attend schools like Harvard and Yale that accept less than 10 percent."

The Selingo article correctly emphasizes that you can become whomever you want; you don't have to graduate from an elite college to pursue your dream. And it cites stats claiming that businesses are actually more likely to hire students from less esteemed institutions, such as Penn State or the University of Illinois. Career success bears little long-term association with your undergraduate degree.

But the Selingo article (and the topic itself) portray attainment of a high-status job as the primary draw; in essence, these schools are depicted as a pipeline to Wall Street. While elite schools may offer a financial edge for business majors, this still assumes that most students pursue elite colleges primarily as a ticket to a high-paying, prestigious job.

A similar article, "Elite colleges don't buy happiness" describes a retrospective survey of college grads who identified access to inspiring professors as the most significant factor influencing their current job satisfaction. Where they went to school didn't matter. Well...of course an elite college will not buy happiness - no college will do that. Despite the flashy title and the correlational and retrospective nature of the research, the survey does imply that access to meaningful engagement with talented professors is important.

What do gifted students need?


What is overlooked, and what is especially relevant to highly gifted and academically motivated students is that elite schools offer a wealth of resources that may be less available at other institutions. These students long for a challenging, meaningful education. After years of boredom in traditional schools, they desperately crave an environment where they can learn alongside like-minded peers and immerse themselves in their interests. And some highly gifted students who have performed well in high school, breezed through standardized tests and delved into an area of meaningful interest may meet admissions standards without the overachieving, test-prep-driven approach the media readily portrays as so commonplace.


The cynical among us may label students accepted to these elite institutions as money-hungry, career-driven robots. The media has certainly fostered this view. Yet, if this were true, wouldn't almost every student declare business or economics as their major? Wouldn't these colleges have already jettisoned programs such as philosophy, anthropology, music, art, and even education?

Let's give students and families some credit; not everyone is solely driven by pursuit of the dollar.

Gifted and academically motivated students need to ensure that the college they choose is not a repeat of high school. It certainly doesn't need to be Harvard, but it should offer an enriching, stimulating and accepting environment, filled with like-minded peers, where students no longer have to hide their interests and abilities. Yes, gifted individuals might succeed wherever they go to school. However, finding the best college fit can make these four years more fulfilling and worthwhile.

For more information about the journey to college, please see the following:

April 1st is no joke for some gifted high school seniors