A troubling online comment highlighted the complicated intersection between spirituality and science. Written by a family after touring an air and space museum, they proudly announced their children's response to depictions of the solar system's formation. "We let it go in one ear and out the other!" The family - and their Facebook friends - gushed with pride over how their kids were being raised the right way. Anything that contradicted a literal interpretation of the Bible, even if firmly grounded in scientific knowledge, should be ignored or dismissed. 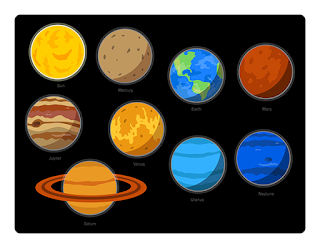 The above family in question is entitled to their religious views. They might find, though, that encouraging denial in a world filled with readily available scientific information might work with a very young child - but it won't fly as children get older. And it certainly won't work for gifted kids, who question just about everything, investigate concepts in detail, and sometimes plunge into existential despair in their search for meaning. When gifted children awaken to the world around them, they question authority, religion, political opinions, and anything else that seems without a solid foundation. If it lacks credulity, they will jettison the idea or belief.


But in families where science is vilified, where facts threaten faith, and where anti-intellectualism runs deep, children who question long-held family beliefs and "truisms" often feel lost. They may long for a time when religion or family values were comforting and reassuring, yet cannot reconcile seemingly contradictory information gathered from school, friends or even a simple Google search. Some families believe that providing a solid front, a clear sense of direction, and an unwavering perspective will alleviate any doubts their children might hold. Yet, gifted children are especially likely to poke holes in any argument, and reluctant to trust beliefs or values that seem rigid or ignore basic scientific facts.


So where does that leave faith? Gifted children need the same support, guidance, and spiritual nourishment as any other child. But when faced with highly inflexible beliefs, many needlessly struggle. Some become depressed, experience existential angst, and feel isolated. Others may doubt themselves, feel guilty, and think they are "defective" - that something is wrong with them for challenging long-held family beliefs. Some rebel and reject religion and family values completely. These are not the outcomes families want for their children when they try to instill faith and family values.


Acknowledging facts about the world at large should not disavow one's faith or religious beliefs. Not all scientists are atheists. And most religious and spiritually-informed families do not eschew science. Gifted children and teens will question "unproven" beliefs unless given some context for understanding them. Rather than denying the existence of science, parents can serve as anchors to dispel confusion and demonstrate that they can live with some ambiguity. They can help integrate scientific knowledge with their beliefs, and point out how science and religion can interface. Let your child know that there is much that we don't understand. There is much that is not yet proven. This does not mean your family beliefs are wrong - they just have not been "discovered" yet by science.


Highly sensitive gifted children especially need your help to carefully integrate the wealth of knowledge they devour on a daily basis with your family values. Pretending "facts" don't exist is confusing, devaluing and ultimately backfires. As a psychologist, it is not my intention to offer "spiritual guidance." But I am clearly aware of the confusion, despair and unnecessary turmoil that results when families fail to help their children integrate science with faith-based beliefs. Children feel lost and alone. Parents feel angry if their children challenge or abandon cherished values. It can tear families apart. Rather than suffer in silence or rely on formulaic views that no longer work, consider seeking the support of an open-mind leader in your faith-based community or a licensed mental health professional. Openness, flexibility and compassion regarding different perspectives will assure your gifted child that he/she can lean on you for guidance when grappling with these existential concerns.