Never spank your child (and here's why)


I get it. Your child is driving you crazy. Melting down over that toy in aisle five. Whining endlessly. Refusing to get in the car... during a rainstorm. Or maybe you desperately want to stop said child from touching that hot stove, or running in the street.


But here is one of the most essential, and yet, controversial statements in parenting:


And while many of you might readily agree, some of you may view this a lofty but unattainable goal. You might even roll your eyes and dismiss this as another psychologist's ivory tower nonsense, spoken by someone who apparently has never struggled in the trenches. But as the parent of two boys (now young men), born less than two years apart, trust me, I know the trenches. More importantly, though, I know about research on the damaging effects of spanking (see below), myths and assumptions that perpetuate this practice, and the impact on the child. 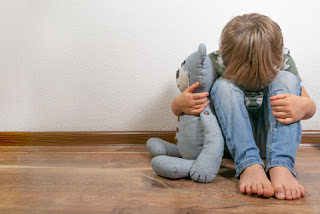 And while no child should be spanked, gifted children may be particularly susceptible to its negative and scarring effects. So, even though you might disagree with my tenet about spanking, if you are reading this as the parent of a gifted or high ability child, please consider the following:


1.  Gifted children often possess a heightened sense of fairness and justice. From an early age, they will sense that hitting just seems wrong. They question the power imbalance, where you as authority assert an unfair advantage. They quickly recognize the hypocrisy when they are admonished not to hit their friends or siblings, but you, as a parent, are entitled to hit them. On a basic level, they may wonder why a parent who loves them would treat them like this. They might understand the rationale of a time-out for misbehavior; however, the frightening, emotionally charged reaction resulting from a physical assault leaves them questioning whether something is wrong with them - or with you. Ultimately, this fuels distrust, confusion and disrespect within the family.


2.  Many gifted children are highly sensitive. Children who are not gifted may be sensitive as well. But a gifted child's sensitivity is amplified by her advanced intellect, which creates a breeding ground for anxiety, overthinking and worry. Keep in mind that when someone twice your size assaults you, it can be a terrifying experience - especially when that individual is responsible for your well-being. A gifted child who is hit may not be able to "brush it off" or "take it in stride." Instead, she might become anxious, afraid of making a mistake, and vigilant to avoid provoking you and triggering another conflict. Or she might internalize her reactions, feel guilty and insecure, and assume she must be "bad" in some profound way ("I must be a really bad person for mommy to lose it like that and need to hit me."). He might experience physical symptoms of distress that seem unrelated to the assault. Even if your feisty gifted child fights back through arguing and debates, he still may be internalizing a sense of guilt and shame - which may linger for years.


3. Some gifted children exhibit the type of asynchronous development where their social/emotional maturity lags behind their intellect. They may struggle to fit in with same-age peers and feel insecure about their social status. This insecurity is amplified if they feel shamed and anxious due to fears of assault at home. They may be preoccupied with worry, or afraid to misbehave and "get in trouble," or perhaps they have internalized an unintended message from home that they are intrinsically bad. All of this makes it difficult for them to feel confident around more socially mature peers.


Of course, we all lose it with our kids sometimes. We are stressed, and parenting is rife with difficulties. We might yell or snap at them. Parents who believe that spanking is a useful disciplinary tool may justify it with a range of assumptions:


My parents spanked me and I turned out alright

Children won't listen to reason, but they understand a spanking

I never spank them when I am angry

Spanking protects them - how else will they know not to run in the street?

Spanking teaches them right from wrong


Even if you convince yourself that spanking is a controlled, dispassionate form of discipline, you may be angrier than you think. And kids pick up on that. They will sense your anger, which is transmitted along with the sting of the slap. And even if your parents hit you and you turned out just fine, why perpetuate a pattern that is both ineffective and harmful?


Research has repeatedly demonstrated that children who are spanked or hit show negative short-term and long-term effects. The following are a subset of findings:

They also cited studies that pointed to breaches in parent-child attachments, increased levels of cortisol in the brain, and slower cognitive development.


"...physical discipline does not improve behavior and can lead to emotional, behavioral and academic problems over time... hitting children does not teach them about responsibility, conscience development and self-control... Parents who use physical discipline may be teaching their child to resolve conflicts with physical aggression. Research found that spanking can elevate a child's aggression levels as well as diminish the quality of the parent-child relationship. Other studies have documented that physical discipline can escalate into abuse."


Parenting is hard. Discipline is a difficult task for most of us. Gifted children - all children - suffer when we choose to engage in physical punishment as a form of discipline. Take the time to learn alternative strategies to calm, redirect and set limits with your child. Below are some articles and ideas:

8 ways to discipline your child without spanking

How to get children to behave without hitting them

13 alternatives to spanking your child

The case against spanking

The spanking debate is over