In recent times, diagnosing ourselves and others has become commonplace. How often have you heard someone randomly labeled as "bipolar" just because of mood swings? Or presumed to have ADHD if they keep losing their keys?

What is it about labels that make them so inherently appealing? Why do we throw out psychiatric terms, make pronouncements about someone's functioning, and offer lay diagnoses without background knowledge or training?

But it feels good...


It can be reassuring to summarize symptoms, to wrap up information in a neat package, to proclaim that we have an answer. It feels good to think we have figured it all out. The problem is... this just might minimize, devalue, and inaccurately pigeonhole someone - and cause immeasurable harm. Especially when it comes from an authority figure.

What happens in school... 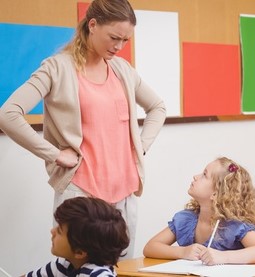 Children can be difficult. They try our patience. They drive teachers crazy. Whether due to frustration, ignorance, or genuine concern, children receive labels from those who lack the training or certification to diagnose them. Popular diagnoses come and go - oppositional-defiant, ADHD, "on the spectrum..." When children raise trouble, the problem is simplified if it is reduced to a disorder to be treated, rather than a behavior to be managed in the classroom.


Mental health diagnoses exist for a reason - to convey specific and presumably accurate information, carefully chosen by professionals trained and licensed to make these determinations. But when words are tossed about carelessly, the long-term damage of such labeling is rarely considered. Many teachers or other professionals who casually mention diagnostic terms to parents may not appreciate how these words become imprinted in parents' hearts and minds - even long after such diagnoses may have been discounted.

A parent of Jonah,* a 6-y/o gifted boy, was pulled aside by his first grade teacher. She shared her concerns that he was well-behaved, but often preferred to play by himself, building lego castles, drawing, even writing elaborate stories. While she marveled at his academic strengths, and claimed that he interacted well when he was "forced" to socialize, she wondered if he might have some Asperger's traits, and suggested that the parent keep an eye out for this.

Gifted children are often misdiagnosed. After speaking with the parent, I was able to reassure her that his behaviors sounded typical for a gifted child, and that his teacher was not in a position to diagnose him.

Derek,* at age 7, was in occupational therapy due to fine motor skill deficits. He was pulled out of class once a week with several other students, one of whom was a close friend. The pull-out was a fun experience, and he and his friend had a great time together. At an IEP meeting, the occupational therapist suggested to the parents that he might have ADHD because he seemed so active and distractible, despite no other corroborating evidence of ADHD behavior in any other settings.

This occupational therapist could not appreciate two rambunctious seven-year-old boys having fun together. Unable to contain their energy, he assumed that there must be a problem. So he interjected his opinion, which was both unfounded, and quite distressing to the parents. After reassurance from the child's teacher, pediatrician, and school psychologist, the parents were able to relax and realize that the therapist was off-base in his claims. But years later, they still worried and wondered if they were missing something, ever alert to concerns about a problem that did not exist.


The problem with labels

Labels follow children throughout school, even when they are not verified. Rumors of oppositional traits, for example, may be passed from teacher to teacher, affecting expectations about the child each year in school. Parents may feel devastated to learn of potential problems that do not actually exist. Even when a child's behavior, learning problems or psychological functioning warrant a diagnosis from a trained professional, there are sensitive and useful methods for sharing that information with the family. No child (or adult) is their diagnosis; it is critical to support recognition of the whole children with all of his or her strengths, abilities, quirks, struggles and uniqueness.

The language we use matters. Let's be careful with how we label others. We teach our children to refrain from name-calling and bullying. We teach them to be culturally sensitive. We also need to model restraint when it comes to labeling and diagnosing the behaviors of others.

* Names have been changed for reasons of confidentiality