What keeps women from STEM careers? 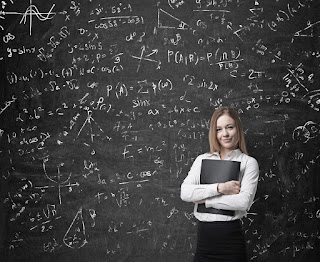 Women are consistently underrepresented in STEM (science, technology, engineering, math) fields, despite efforts to encourage and recruit them. For example, Jensen and Nutt reported that while 74% of middle school girls were interested in STEM subjects, only .3% eventually majored in computer science. Studies have found that only 18% of computer science graduates and 12% of engineers are women.

What stops girls and young women from pursuing math and science interests in high school, college and in their careers?

1. Widespread gender bias in both educational settings and the workforce. This includes overt, subtle and unconscious bias from teachers, peers, professors and employers regarding women's abilities in math or science. Women may be seen as less capable, less committed to their careers (especially once they have children), and they are expected to prove themselves repeatedly to gain respect. Women may be perceived as hard workers, but not as bright as men, who are viewed as "more innately brilliant." They also are held to a higher standard.

2. Assumptions about math anxiety. Due to their heightened sensitivity, girls are affected by both their teacher's and their mother's anxiety about math. They may believe others' negative views about their abilities, and develop anxiety about math that is inconsistent with their actual performance, yet still holds them back.

3. Less practice with toys and games that improve spatial skills. Most girls do not gravitate toward activities requiring spatial abilities to the same degree as boys, giving boys an edge with these skills as they mature. A recent article suggested that girls would benefit from a greater emphasis on developing spatial abilities starting in childhood. Since the 1980's, boys have spent more time playing computer games, and this corresponds with a dramatic decrease in the number of women entering the computer science field. The Maker Movement is an attempt to counteract this trend and stimulate interest in technology among girls.

4. Lack of confidence in their own abilities. Girls lose confidence in their math and science capabilities starting at a young age, avoid taking more difficult math courses, and often view boys as "smarter," especially in math. One study found that 60% of 12-year-old girls assumed STEM subjects would be too difficult for them. And feeling confident and being "recognized" for one's math abilities has been associated with choosing a career in math or science. Kay and Shipman described how women often attribute their success to luck or effort, and any failure to lack of ability or an internal flaw. They also consistently underestimate their performance, and expect perfection before they promote themselves in the workforce.


What are some other roadblocks?


Given these barriers, it is remarkable how many women actually remain on track for a career in STEM. And addressing these difficulties is critical to closing the gender gap. But are there other factors that also contribute to these roadblocks?

One intriguing possibility was proposed by Rosenbloom and colleagues. They identified interests and preferences - not confidence or math ability - as reasons why fewer women pursue STEM, reporting that this accounted for 83% of the gender differences in choosing IT as a career. Women in their study were identified as less concerned with inanimate systems, and more interested in working with plants, animals or people.

In another article, Pinker claimed that women make an active decision to turn down STEM career options. She critiqued the AAUW findings regarding the limited number of women in STEM careers, and commented that:

"Starting from the assumption that anything predominantly "male" is the desirable standard, the AAUW report never questions why women should choose technical fields over other disciplines, except to echo the sixties era notion that any ratio that tilts towards male must reflect something worth having."


Pinker also suggested that women differ from men, as they may be less willing to sacrifice their personal interests for salary or tolerate the frequently required job relocations, and may want to focus on people and the arts rather than objects. She noted that the AAUW report:

"...rarely questions how many women are actually that keen to sign on to all aspects of male-typical STEM careers; to wit, frequent moves, prioritizing salary and promotions over personal happiness, or sacrificing one's deep interests in other fields, say in history, human development, or public policy - all in order to fix, sell or distribute widgets..."

Ultimately, everyone must choose a career path, and this may mean sacrificing some of these "deep interests" for one that pays the bills. However, Pinker raises some key points that are relevant to gifted women who work best when intrinsically motivated, long to feel passionate about their work and seek meaning in what they do.


Gifted girls are attuned to a deep sense of fairness and social justice starting from an early age. As women, they often thrive in a collaborative, supportive environment. Friendly, as opposed to cut-throat, competition is enlivening, and knowing their efforts are in service of some greater good fulfills a sense of mission and meaning. If they are going to "fix, sell or distribute widgets," those widgets ought to be developed through a collaborative team effort, designed with an intense creative focus, and serve a useful and worthy cause.

Another study supports this perspective, and points to the importance of enlisting girls' sense of purpose and desire to effect meaningful change:


"Girls want to change the world.

Eighty-eight percent say they want to make a difference with their lives, and 90 percent express a desire to help people, according to the Girl Scouts' 'Generation STEM' research. Girls have traditionally achieved this goal through people-oriented careers rather than through applying technology and scientific expertise to change the way things are done.

However, if more girls learn that STEM careers open up new avenues to help and serve, more girls will choose STEM."


Women have a relational need for connection. This concept has been highlighted through the work of Jordan and colleagues. They have proposed that people grow through and toward relationships, and women develop a sense of self-in-relation to others. How women relate to others is essential to who they are and how they feel about themselves.

This fundamental relational element may have been overlooked in the frenzy to engage girls' interest in robotics, coding and the lab. While it is essential to address the widespread gender bias in STEM fields, the unfair and inaccurate assumptions about girls' math abilities, and the low self-esteem that can impede girls' efforts, it is just as critical to engage this relational, collaborative, and altruistic component of many girls' sense of self. Otherwise, working with systems, numbers and objects may seem too isolated, abstract, and devoid of meaning to warrant their efforts. And gifted girls with multipotentialities and an array of choices may readily dismiss the path toward a STEM career unless they view it as potentially fulfilling and meaningful. Parents and educators must consider this necessary component of girls' identity if they wish to encourage their involvement in math and science fields.

In addition to my work with gifted individuals, I have specialized in women's issues and eating disorders for over 30 years. This blog post is one in a series about gifted girls and women.

Why do smart girls develop eating disorders?
Why do smart women forego success?
Difficult passage: Gifted girls in middle school
Gifted women, gifted girls and mental health
Gifted or pretty: What do parents want for their daughters?
What stops girls from learning math?

This blog is part of the Hoagie's Gifted Education Page Blog Hop on March Mathness. To see more blogs in the hop, click on the following link: http://www.hoagiesgifted.org/blog_hop_march_mathness.htm.