Yet another study of gifted education is being circulated that lends itself to misinterpretation and sweeping generalizations. Even worse, its conclusions can be adopted as justification for denying appropriate educational support for gifted children. 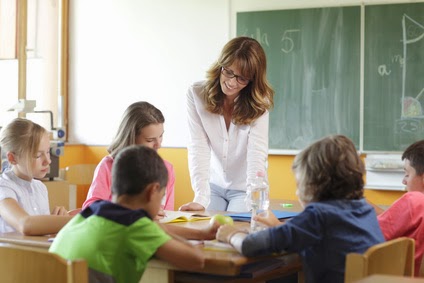 In "Does Gifted Education Work? For Which Students?" economists David Card and Laura Giuliano investigated whether selecting students for gifted programs should be based on cognitive abilities alone, or on a combination of both ability and achievement. This is certainly a reasonable question to ask.  My concern is with the conclusions drawn from the study, how they may be interpreted by the media and public, and how this may translate into educational policy.

A report of the study in Vox boasts this provocative headline: "What makes a student gifted? This study says we're getting it wrong," and boldly asserts that assumptions about giftedness need to change. While this makes for a compelling read, stating opinion as if it is fact, recommending sweeping policy changes based on one study, and generalizing from this particular school to other schools is misleading.

Researchers in gifted education and psychology, Makel and Wai, challenged the conclusions reached in this and other studies conducted by economists who have evaluated gifted programs. They highlighted the problem of drawing conclusions from one study and making sweeping generalizations: "it is difficult to see other researchers investigate one instance of an implementation - in this case, evaluate one school district's gifted program - and then make broad generalized conclusions about the entire field."

So, let's look at the basics of this study:


Card and Giuliano studied three groups of 4th graders in a large urban school district. This particular district offers a separate "gifted program" starting in 4th grade, but since there are so few students who meet the 130 IQ criteria for giftedness, they needed to determine how to fill the remaining seats in the classroom. How would they go about selecting other students who would also benefit from a gifted education?

Students selected for the gifted program in this study either: 1) had an IQ of at least 130; 2) had an IQ of 116 or higher, but were selected from an underrepresented, low-income minority population; or 3) were from an underrepresented, low-income minority population, but had received the highest scores on state-wide achievement tests. Improvements in standardized test scores were evaluated at the end of 4th grade, as well as in 5th grade.


1. A significant increase for the high achieving, low income students

2. No improvement for the low income students with IQ's of 116 or greater

3. No improvement (and even some negative findings) for gifted students with IQ's of 130 or greater

These were Card and Giuliano's conclusions:

Despite the researcher's conclusions, there are some unanswered questions and different interpretations that should be considered. Here are some other perspectives:

1. This was not a study of gifted education:

The "gifted classrooms" in this school district were not specifically geared toward educating gifted children. They appeared to offer advanced or enriched instruction where gifted and bright, high achieving children were grouped together for more challenging learning. While more homogeneous than a regular classroom, an enriched "track" does not necessarily imply that gifted students were receiving an education compatible with their abilities. The fact that none of the gifted students demonstrated any improvement over the course of the year would certainly suggest that this classroom was hardly challenging enough to meet their academic needs.

2. The study actually addressed two separate questions, unrelated to improving education for the gifted students:
These are important questions to research in their own right, but results from this study should not be interpreted as relevant to educating gifted children. The study never asked what methods best enhance achievement among gifted children, or even how to ensure that we are not overlooking identification of low-income minority children who are gifted.

3. We really don't know what defines a "gifted program"

What is a gifted program? What defines it? Is gifted education a "program" or is it instruction specifically tailored to the unique needs of a gifted child? There were no clear parameters in this study. It is unclear how the curriculum differed from instruction in the regular classroom. And the authors noted that the gifted teachers had some training in gifted education, but were "only slightly more experienced than other teachers at their school." We can guess, though, that the "gifted program" in the study was similar to an enriched or advanced class, given the small percentage (approximately 20% or less) of gifted students in the class.

Low income, minority high achievers, in particular, benefit from and clearly deserve an opportunity to be challenged. Given evidence that gifted minority children are often overlooked and underidentified as gifted, it is promising that programs are available that can offer enrichment to high achieving students. Hopefully, this research can be used to motivate schools to provide greater educational challenges for underserved and minority students in particular, along with an impetus to improve gifted identification.

5. We don't know why the gifted children did not improve

The study failed to provide an explanation for the gifted children's dismal standardized test results. The researchers noted that the children and their families claimed they were happy with the classes, and suggested that perhaps teachers focused on content unrelated to improving test scores. They also suggested that the gifted students may not have shown improvement because their test scores were already high to begin with. But if the tests were so easy for them, at least some minimal improvement would have been expected.

Some possible explanations that were not considered include the following:
In conclusion, this is what we do know:


We learned from this study that high achieving, low-income minority students thrive when challenged, and benefit from an academically enriched environment. Perhaps that is the most useful information that can be taken from this study.

We learned that gifted children did not flourish in the mixed ability classrooms in this study, even when they were joined by other high achieving and above average students.

We must careful when describing "gifted programs," always cognizant of the widely varying definitions that change from one school to the next. Until there is a reliable definition, any program should be described in detail and differentiated from what is taught in a regular or any other advanced classroom.

We must recognize the emotional connotations of terms related to "giftedness" and take care when labeling any classroom as a "gifted" program. It may create an unintended rise in feelings of envy and anxiety as families pursue "gifted placement" for their child. "Achieving" placement in a gifted class should not be viewed as a measure of accomplishment, like making varsity in a sport. Gifted education, like all "special education" practices needs to involve a specific educational plan geared toward the unique needs of the child.

Extreme caution is needed before generalizing from this study to the entire field of gifted education. It is absurd to conclude that gifted children cannot benefit and flourish when offered appropriate gifted programming, just because gifted children in this particular study failed to improve. Hopefully, this study can be a springboard for further research into what actually helps gifted children rather than used to marginalize and dismantle what few gifted programs exist.

What do you think? Please leave your comments below.
Posted by Gail Post, Ph.D.