Gifted or pretty: What do parents want for their daughters?

Parents want the best for their children. They dream, worry and search for answers. Are google inquiries a reflection of parents’ greatest hopes and fears? Are these searches the repository of our culture’s collective views about what is most important for our children?

A recent New York Times op-ed article by Seth Stephens-Davidowitz highlighted a troubling finding: a higher proportion of google searches were directed toward finding out whether boys were gifted, and whether girls were pretty or overweight.

Is intelligence less important for families of girls? 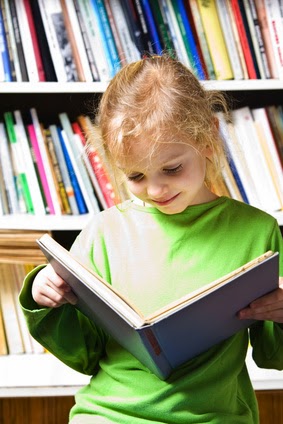 At first glance, this finding stands in contrast to recent academic successes among women. More girls than boys graduate from high school, attend college, and graduate from college. According to the National Center for Education Statistics, by 2010, women received 58% of bachelor’s degrees, 60% of master’s degrees and 52% of doctoral degrees in the U.S. And an international survey of 34 countries in 2009 by the Organisation of Economic Co-operation and Development (OECD) (summarized in the Economist) reported that more girls (58%) than boys completed secondary education in 32 of these countries.

Girls are typically more verbally skilled at an early age and are less likely to exhibit learning disabilities. They are often more socially mature, and adapt more easily to typical classroom settings than boys. Gifted programs often contain a higher proportion of girls. Nevertheless, Stephens-Davidowitz’s study suggests that parents as a whole are more likely to invest energy into questions about their sons’ intellectual talents and potential.

Do these results also imply that as a culture, we are still more concerned with girls’ beauty and less with their abilities? Are we more worried about whether our boys will be smart than we are about our girls?

There is no question that many girls feel conflicted about their abilities. Many dumb themselves down to be popular, avoid traditionally male careers, such as the STEM fields, and conform to social pressure. Girls are frequently influenced by the media and society’s pressure to be thin, fit and tan. Airbrushed, photoshopped images of models and celebrities create unattainable expectations of perfection. Ninety-eight percent of American women are heavier than most models, yet they frequently aspire to these impossible standards. According to the Social Issues Research Centre, eighty percent of adult women are unhappy with their appearance. Many women internalize the media’s standards of an ideal body, and this can be a risk factor for poor body esteem, depressed mood, and eating disorders.

Given our society’s emphasis on weight and appearance in women, it is not surprising that parents worry about how their daughters measure up. However, as Stephens-Davidowitz aptly concludes: “How would American girls’ lives be different if parents were half as concerned with their bodies and twice as intrigued by their minds?”
Posted by Gail Post, Ph.D.