Different than the rest: Social challenges of gifted adolescents

“I hate being different,” she lamented. "It’s nice being smart and all, but sometimes it would be better just to be normal.” The girl who voiced this complaint is not alone. Many gifted adolescents feel this way. They garner praise for innate talents considered an accident of birth, and must shield themselves from smirks and ridicule about their nerdy interests. They are labeled overachieving perfectionists when they rack up accomplishments, and slackers when they fail to meet their potential. They are often held to a higher standard, and social failings are rarely treated with compassion. 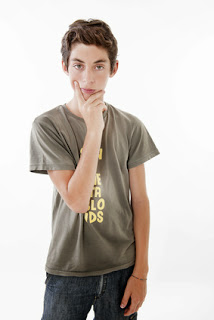 Many people think giftedness primarily impacts intellectual, educational and career pursuits. However, it affects every aspect of a child’s life. Some gifted adolescents, whose precocious aptitude drives their intellectual interests, may manifest asynchronous development. Their social skills lag behind their intellectual development, and they suffer the disadvantage of being both intellectually advanced and socially awkward, a lethal combination that invites derision from peers. Although the adolescent with asynchronous development may easily solve complex calculus equations, he may stammer when ordering food in a restaurant. She may be able to write a computer program, but only have a handful of Facebook friends. He might design the entire set for the school play, but (unintentionally) wear mismatched socks to school.

While some gifted teens appear oblivious to social cues, seemingly immersed in intellectual or artistic pursuits, many more are acutely aware of social interactions. They stand back, observe, and develop elaborate theories about the cliques, peer exchanges and social drama unfolding before them. Those who are bystanders may hesitate before venturing into the fray, or remain tied to small groups of like-minded peers. Even seemingly disengaged gifted teens may be more aware of the social climate than their behavior suggests. “I wish I could go to some of those parties,” one boy openly admitted, “but I don’t think I’d ever get invited, and if I went I don’t think I’d know what to do.” On the other hand, some gifted adolescents become cynical about social norms, rebelling or refusing to conform to what is expected.  “I won’t go to the prom,” a girl stridently announced, “I’d rather donate the cost of the dress to charity rather than spend it on such a waste of time.”

Clearly, not all gifted adolescents struggle socially. These are the popular students who are sought after by peers. Often these teens are athletic, attractive, and possess strong leadership skills. They are socially aware and confident, apparently unhampered by asynchronous social/emotional development. However, these teens are still cognizant of how their differences distinguish them from their peers, and they may assume high expectations for themselves in terms of academic goals. It is presumed that these children will go far, and these expectations create a nagging level of pressure that can be overwhelming.

Gifted adolescents need support and information to help them accept and appreciate their differences. They already know they are smart. What they really need is an understanding that while most adolescents may feel alienated at times, gifted adolescents really are different due to the nature of their cognitive complexity and its associated social/emotional features. Rather than railing against the “unfairness” of this reality, they can be encouraged to use their intellectual “gifts” of advanced reasoning skills, strategic planning abilities, conceptual complexity, and attention to detail, for example, to better understand their emotional reactions and interactions with peers.  They can learn to pay closer attention to their feelings, take interpersonal risks to reach out to others, and find like-minded peers (both in high school or off-campus activities) who share a similar world view. Again, just as schools attempt to support gifted students in their academic pursuits, the unique social and emotional differences gifted adolescents experience due to their innate complexity and sometimes asynchronous development need to be addressed. Otherwise, emotional roadblocks may further derail progress for these exceptional children.

New comments are not allowed.